What do you do when your truck throws an engine code that says SCR (Selective Catalytic Reduction) NOx Conversion Efficiency is Low? Let’s look specifically at a Detroit Diesel Engine code, SPN 4364/FMI 18 – GHG14 as a typical example of any engine design. 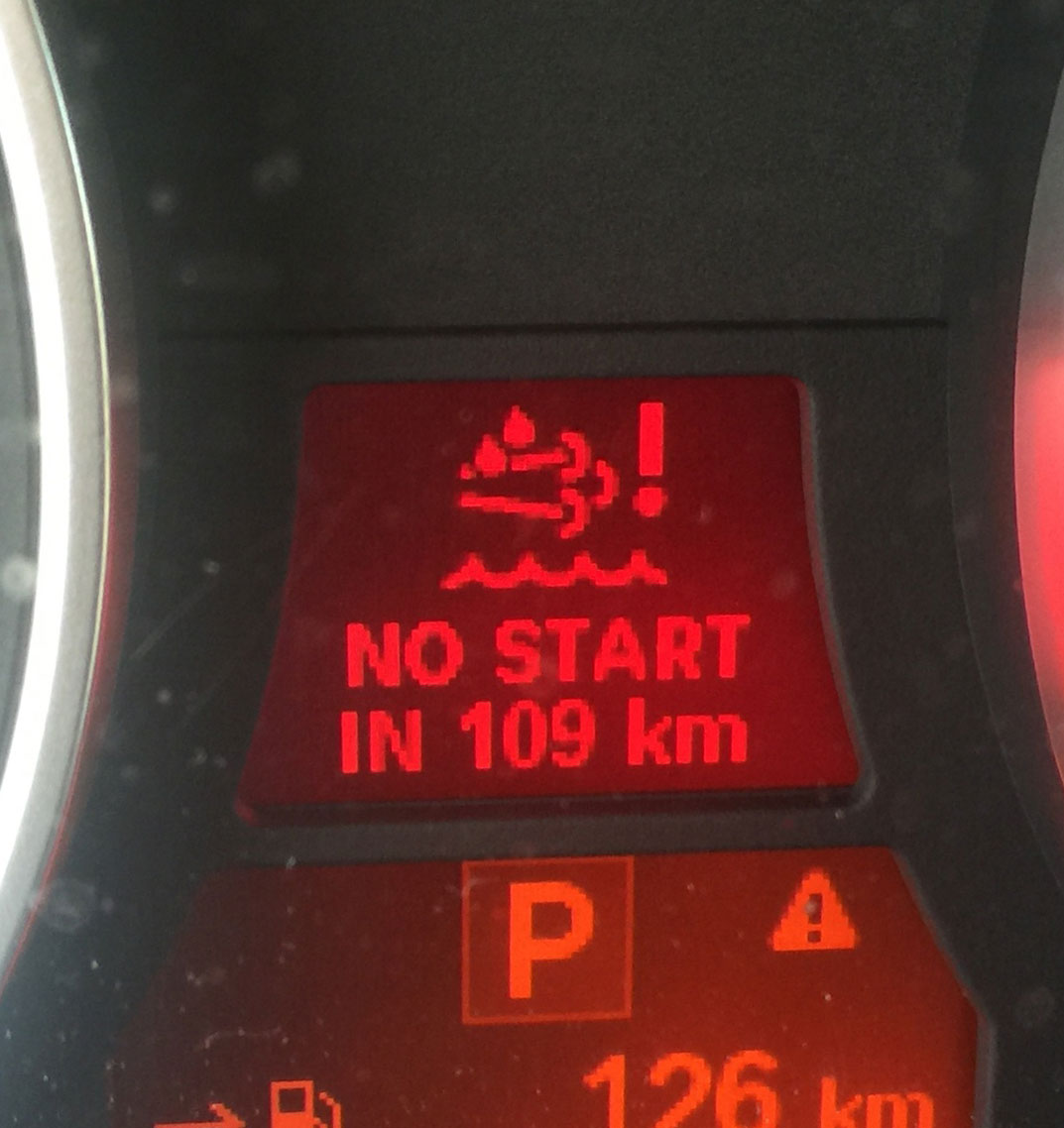 The first thing, and the cheapest, is to check if your DEF meets the ISO specification for DEF. Are you buying an API approved DEF? API set the standard for making and keeping DEF. AUS 32 and ISO 22241-1 specifications. If it’s not API approved – why not? How are they making it? Is it right every time? Is it tested before it’s sent out? If tested, did an outside party approve it? The industry knows you can buy prills from China and make DEF, but sometimes, those prills are off spec with materials like formaldehyde or other metals. The distributor: do they use HDPE Tanks; Stainless Steel piping; do they filter the product at 1 ppm Absolute!

We can test your bulk DEF, regardless if you purchased it from us. We can check the concentration and Refractive Index Value of the DEF. The concentration can be between 31.8 to 33.2% urea. The refractive index should be between 1.3814 to 1.3843. Concentration is easy, but a field test will not catch small particles in the DEF. Visually inspect DEF, and if you see anything, you have a problem. An analysis of some of the metals that might be in the DEF is about a $70 test at a lab.

We would caution you that if you have a low concentration of Urea, someone may have added tap water, which can ruin your SCR system with chlorine and minerals. Remember, 1 teaspoon of salt in 5,000 gallons of DEF will ruin it. This is an ultraclean fluid, with any minerals more than 0.5 ppm causing the DEF to be out of specification. SCR systems are sensitive and contaminants can collect on the catalyst metals (coat the catalyst) which will hurt the efficiency of the system. This buildup will affect the way sensors work in the detection of the exhaust stream particulates. Therefore, commercial DEF is manufactured with deionized or demineralized water. Even adding small amounts of tap water to DEF will cause contamination. Use of contaminated or diluted DEF can, at a minimum, cause your SCR system to malfunction or even worse can cause costly damage to sensors filters and collectors. The level of damage to the SCR system will be related to the concentration of contamination in the DEF.

Keep the DEF clean (after you get it)

Whenever handling DEF, the fluid must be kept clean. If a funnel is used, it must be absolutely clean and free of any contaminants. It’s best to dedicate a funnel (and label it) for DEF only. Spare DEF should be stored in its original container, with the lid/cap secured, to avoid airborne contaminants in wiper fluid, coolant, etc.). If you have more than one tote of DEF, cover the Micromatic fitting on the tote not in use – no dust hitting it. Avoid cross-contamination! It doesn’t take any extra time to handle DEF properly.

The following steps can help you protect your SCR system and diesel engine:

It may be true, if the smoke is black. The industry is slowly coming to the conclusion that DPF filters should be chemically cleaned / Thermally Cooked / Pulse Cleaned regularly, maybe even every year for medium duty trucks and every 1½ for long haul trucks. If the DPF gets clogged, it creates back pressure that hurts the engine and eventually the exhaust gas is going to force it’s way out. A new DPF system will cost you between $3-5,000. Cleaning it yearly is a lot less than that cost and your engine will run as it is designed. Just do it. DPF cleaning on a regular schedule needs to become general maintenance. If the DPF breaks, and exhaust is getting by it to the SCR system, then the DPF problem may create an SCR problem. (Note a few Fords, and others, have the DPF after the SCR system)

Why does DEF build up happen in the SCR mixing chamber? Many reasons. The engine is not running properly, so the SCR system “sees” high NOx and tries to keep up. Your duty cycle may be low engine speeds with excessive power needs leading to high NOx. The dosing sensor is broken and the system is putting too much DEF into the mixing chamber. Sometimes a regeneration in of the Diesel Particulate Filter will help vaporize the DEF buildup in the SCR system. This is because it gets the temperatures up to vaporize the buildup. But sometimes the buildup is too much and will require service.

A little history. In Europe, when they first implemented SCR, before America did, people were defeating the SCR system by just adding water to the DEF tank. The government’s attempt at improving emissions resulted in a worse situation for NOx. So when America rolled SCR out, the government required sensors to detect DEF and NOx. Too much NOx, add more DEF. NOx low, cut back on DEF dosing. But then, the OEM’s figured out that if the engine had timing problems, and NOx rose dramatically, the NOx sensor would start dumping DEF in the mixing chamber, even though there was no way it could counter the large amount of NOX. So the OEM’s have a range of what they allow for DEF dosing. If the sensor hits too high, the light comes on, and the system hits its limit on dosing. Should the system believe that NOx emissions are being exceeded past permissible limits and mathematically the treatment cannot be completed within the predetermined dosing ratios, it results in the system setting of a dashboard warning light, typically stating “bad DEF”. However, it should be noted that the vehicle is not testing the fluid itself, but perceived effectiveness of the SCR system. To date, most cases we have seen have been the result of an improperly functioning NOx sensor and the fluid is completely within specification. In addition to the above, things break. The Sensor can get clogged / blocked / etc. The sensor gives the SCR system the information to properly dose the DEF. Bad information leads to bad results.

There are fleets in the industry that are starting to replace EGR systems at 250,000 miles before they break. Why? Because experience shows that they are going to break. Metal that constantly cooks and then cools wears out. Some would say this is a design flaw, and maybe it is. But EGR systems are not there yet. If the EGR system fails, the DPF and the SCR systems are down stream, and the domino’s will fall. The EGR system uses the cooling system to cool the engine exhaust down before it re-enters the engine. This puts an extra burden on the cooling system. In addition, if poor coolant is used and/or the EGR system breaks, engine gases and pressures can enter the coolant system resulting in contamination of the coolant and increasing pressures in the coolant system. Sometimes it pushes the coolant back away from cooling areas, resulting in failure. AND, when the engine stops and cools, coolant can be pushed back into the EGR/DPF/SCR systems causing damage. If you start your vehicle in the morning and see white smoke, this could indicate a big problem.

In 2007, and then in 2010, the federal government added a lot of emission maintenance headaches for fleets. EGR ($?K), SCR ($6K), and DPF ($3-$5K) systems are costing Fleets 10’s of thousands of dollars every year for every truck. When the light on the dash comes on, it can mean many things. The industry is slowly trying to get a handle on maintaining the trucks in the field now and praying for improvements in the design of emissions systems in the future. Each OEM is having general problems and each OEM has it own unique set of problems. Information is powerful.